It’s no secret that Apple and Samsung aren’t the best of friends. In fact, there have been multiple campaigns by both parties that poke fun at each other’s products and services. This year, Samsung has gone all out and they’re not pulling any punches.

Samsung released a series of “Ingenious” ads telling the same story of customers getting fed up with an iPhone and deciding to upgrade to a Galaxy. In the series of videos, Samsung uses a pretty hilarious “Ingenious” Apple character to answer the pain points and issues of Apple users.

We won’t say too much, the videos are a must watch to see the story for your self. You got to love these “Samsung makes fun of Apple” adverts.

39 Posts
Shuttle Team
Shuttle is close-knit team of creatives, designers, developers and marketers that thrive on improving our client’s digital position. From online strategy to web development and content marketing, we believe digital marketing is the gateway to building a successful brand. Let us show you how we do it.

How Web Development Can Help Your Business Improve 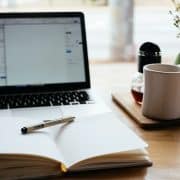 4 Valuable Reasons Content Marketing Is Still King – What to Know