Home / Insights / Business / What Steve Baxter has to say about success

What Steve Baxter has to say about success

Firstly, thanks to the GCJCC, Gold Coast City Council, Business News Australia and Lemon Tree Marketing for putting on an inspiring event.

We were lucky enough to have one of Australia’s most successful tech entrepreneurs and investors, Steve Baxter, as a special guest. Not taking anything away from the other guests but I must say Steve shared some great wisdom and knowledge. Honestly, he is one of the great Australian business minds focussed on helping Australia dominate the business world. I loved Steve’s ruthless comments on the domestic landscape and his vision on the future of business, innovation and technology in Australia. We will see a huge benefit from having him as Queensland’s Chief Entrepreneur.

Whilst Steve did share a lot of information across the breakfast, there were a few stand out commentary that I think should be shared. This is what I took away from his appearance:

For those that were there, it was really funny when Steve was asked about what the role actually means for him. He responded by saying “It means 2 days a week unpaid”. Laughter broke out of course but as soon as he began to speak about his passion for entrepreneurship and love for Queensland, the room was silent. Steve is incredibly dedicated to fostering entrepreneurship and is passionate about what the future holds for Queensland businesses.

Here are the main items on his agenda:

“So, the things that blow my mind are progress and traction.”

Steve was asked who has blown his mind in a business or entrepreneurial sense? And what blows his mind is how well businesses are performing and achieving traction. One of his favourite sayings is traction trumps opinion. Basically, when it comes to your startup idea or business venture, your results speaks louder than someone else’s opinion about it. He talked about experiences as an investor where he expressed that an idea was terrible but he was then proven wrong when that idea had established strong traction in the market.

3. Execution and speed in execution

“In general, you’re never the first person to do something.”

We have all experienced that moment you think of an idea and after a quick google, you find out it has already been done. We are always quick to park the idea into the “too late” basket. But what we forget to acknowledge, is that being first to market does not mean you will dominate the market or there isn’t opportunity to execute better and take market share. As Steve mentioned, there were 129 search engines before Google. Look at today’s landscape, before Facebook, there was Friendster and Myspace. Starbucks wasn’t the first place to ever sell coffee, and Spotify didn’t create the idea of streaming music through an app or platform. It is not really about being first to market, it is about being able to execute your plan effectively and quickly. Many investors talk about the fact that they invest in people who can execute, or even better, have a history of successful execution. When the world is your playing field, there is a world of opportunities.

So, don’t give up on an idea or business just because you are not the first to do it. Just make sure, you’re quick to execute and deliver the goods.

4. Australians need to act now and invest in future

“These things will happen. Our choice is do we have it 10 or 15 years after LA, or 1 year after LA. That’s our only choice.”

This was the moment Steve began talking about flying cars and what we should (and should not) be doing to address the traffic congestion issues we have in South East Queensland. According to Steve, we have to stop building roads. Queensland spends between $4 billion – $7 billion a year on roads with a projection of $21 billion investment over the next four years. All this expenditure to add or expand roads to just “make them suck less… they will still suck when we finish them, they’ll just suck a little bit less”. This year there are 5 new driverless flying cars being released, think an upscale drone. That’s what we need to look at – the future of transport vs the same tech, in the same situation, not solving the same problem.

We have all seen, heard and learnt about the big companies that got eaten alive because of lack of innovation and lack of investment into innovation. The same principles apply to Queensland, and Australia as a country. We need to enable and foster innovation across the board to ensure we stay relevant in the global market.

The Innovation and Science Australia’s 2030 strategy plan warns that Australia is falling behind. The world’s largest economies are doubling down on investments in a range of technologies to develop, connect and improve existing systems.

“Australia is gleefully consuming digital disruption… we’ve got to get smarter because the world is eating us.”

In terms of being a truly impactful player and competing for the world’s revenue, Australian businesses still have so much opportunity. We need to create and help grow more glocal businesses. Yes, it is not a spelling error. The phrase ‘glocal’ was featured in a 2017 reportcommissioned by nbn to describe a new breed of SMEs “harnessing fast broadband and online applications to expand their business internationally, while enjoying the freedom and lifestyle of staying local.”

Australia needs to increase exporting products and services for both macroeconomic and microeconomic reasons. Ideally, we want to continue our growth rate in the industries we are not traditionally known for, diversify our reach and capture more of that revenue. Below you can see where we are excelling and some potential growth opportunities.

The above are just some of the topics Steve covered in his appearance at the breakfast. It is a great opportunity for businesses to extract as much knowledge and experience from Steve and the businesses he is showcasing on his tours around Queensland. One thing is for sure, with him on our side, and more and more Australian businesses getting worldwide recognition, the future is bright.

35 Posts
Shuttle Team
Shuttle is close-knit team of creatives, designers, developers and marketers that thrive on improving our client’s digital position. From online strategy to web development and content marketing, we believe digital marketing is the gateway to building a successful brand. Let us show you how we do it. 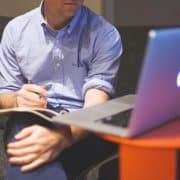 3 Benefits of Outsourcing Digital Marketing as a Startup 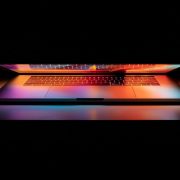 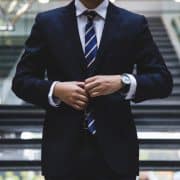 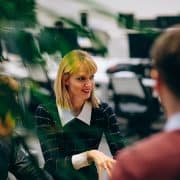 Why IT Companies Need a B2B Marketing Agency